(A Mental Experiment:
The Birds without Birds)

Although Hitchcock's birds do give body to the agency of the maternal superego, the essential thing is nevertheless not to seize upon the link between the two traits we have noted—the appearance of the ferocious assailant birds, the blockage of "normal" sexual relations by the intervention of the maternal superego—as a sign relationship, as a correlative between a "symbol" and its "signification": the birds do not "signify" the maternal superego, they do not "symbolize" blocked sexual relations, the "possessive" mother, and so on; they are, rather, the making present in the real, the objectivization, the incarnation of the fact that, on the symbolizing level, something "has not worked out," in short, the objectivization-positivization of a failed symbolization. In the terrifying presence of the attacking birds, a certain lack, a certain failure assumes positive existence. At first glance, this distinction may appear factitious, vague; that is why we shall try to explicate it by means of a fairly elementary test question: how might the film have been constructed if the birds were to function in fact as the "symbol" of blocked sexual relations?
The answer is simple: first, we must imagine The Birds as a film without birds. We would then have a typically American drama about a family in which the son goes from one woman to another because he is unable to free himself from the pressure exerted by a possessive mother, a drama similar to dozens of others that have appeared on American stages and screens, particularly in the 1950s: the tragedy of a son playing with the chaos of his sexual life for what was in those days referred to as the mother's inability to "live her own life," to "expend her vital energy," and the mother's emotional breakdown when some woman finally manages to take away her son, all seasoned with a touch of "psychoanalytic'' salt à la Eugene O'Neill or Tennessee Williams and acted, if possible, in a psychologistic, Actors' Studio style—the common ground of the American theater at midcentury.
Next, in such a drama we must imagine the appearance from time to time, particularly at crucial moments of emotional intrigue (the son's first encounter with his future wife, the mother's breakdown, etc.), of birds—in the background, as part of the ambience: the opening scene (the meeting of Mitch and Melanie in the pet shop, the purchase of the
lovebirds) could perhaps remain as it is; and, after the emotioncharged scene of conflict between mother and son, when the sorrowing mother withdraws to the seacoast, we might hear the cawing of birds. In such a film, the birds, even though or, rather, because they do not play a direct role in the development of the story, would be "symbols," they would "symbolize" the tragic necessity of the mother's renunciation, her helplessness, or whatever—and everyone would know what the birds signified, everyone would clearly recognize that the film was depicting an emotional drama of a son facing up to a possessive mother who is trying to transfer onto him the price of her own failure, and the "symbolic" role of the birds would be indicated by the title, which would remain unchanged: The Birds.
Now, what did Hitchcock do? In his film, the birds are not "symbols" at all, they play a direct part in the story as something inexplicable, as something outside the rational chain of events, as a lawless impossible real. The diegetic action of the film is so influenced by the birds that their massive presence completely overshadows the domestic drama: the drama—literally—loses its significance. The "spontaneous" spectator does not perceive The Birds as a domestic family drama in which the role of the birds is "symbolic" of intersubjective relationships and tensions; the accent is put totally on the traumatic attacks by the birds, and, within that framework, the emotional intrigue is mere pretext, part of the undifferentiated tissue of everyday incidents of which the first half of the film is made up, so that, against that background, the weird, inexplicable fury of the birds can be made to stand out even more strongly. Thus the birds, far from functioning as a "symbol" whose "signification" can be detected, on the contrary block, mask, by their massive presence, the film's "signification," their function being to make us forget, during their vertiginous and dazzling attacks, with what, in the end, we are dealing: the triangle of a mother, her son, and the woman he loves. If the ''spontaneous" spectator had been supposed to perceive the film's "signification" easily, then the birds should quite simply have been left out.
There is a key detail that supports our reading; at the very end of the film, Mitch's mother "accepts" Melanie as her son's wife, gives her consent, and abandons her superego role (as indicated by the fleeting smile she and Melanie exchange in the car)—and that is why, at that moment, they are all able to leave the property that is being threatened by the birds: the birds are no longer needed, their role is finished. The end of the film—the last shot of the car driving away surrounded by hordes of calm birds—is for that reason wholly coherent and not at all the result of some kind of "compromise"; the fact that Hitchcock himself spread the rumor that he would have preferred another ending (the car arriving at a Golden Gate Bridge totally blackened by the birds perched on it) and was forced to accede to studio pressure, is just another of the many myths fomented by the director, who was at pains to dissimulate what was really at stake in his work.
It is clear, therefore, why The Birds—according to François Regnault 19—is the film that closes the Hitchcockian system: the birds, the ultimate incarnation in Hitchcock of the Bad Object, are the counterpart of the reign of maternal law, and it is precisely this conjunction of the Bad Object of fascination and the maternal law that defines the kernel of the Hitchcockian fantasy. 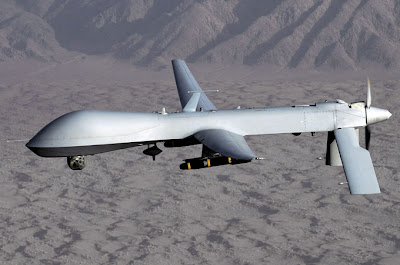