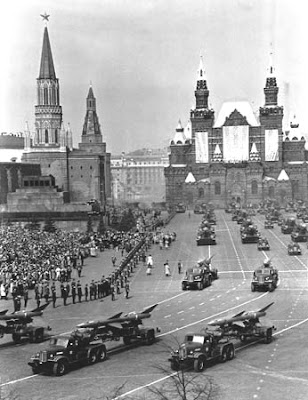 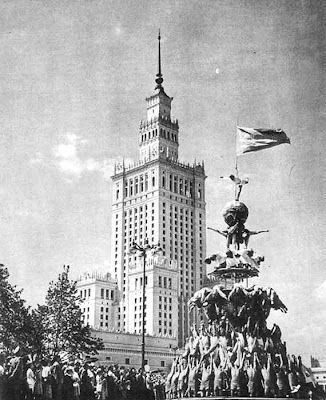 
“Formalistic tendencies have unfortunately begun to spread not only in the representational arts but in music, literature, and the cinema as well.
In music, for example, despite general progress, we observe an infatuation (among the young) with the outlandish yowlings of various foreign -- and not only foreign -- jazz bands. This refers not to jazz music in general but to the cacophony of sounds with which listeners are sometimes assailed and which is dignified with the name of music only through a misconception. . . .
Obviously, developments of this kind are not accidental. They bear witness that some comrades misunderstand the nature of the struggle against bourgeois ideology and sometimes lose sight of the irreconcilability of our ideological positions and the impossibility of compromise on them.
We should remember as an immutable truth that art always has an ideologicalpolitical bent, that in some way or another it expresses and defends the interests of definite classes and social strata. And when we encounter this or that trend in art, the first question that naturally arises is: Whose interests does it serve, what does it call for, what social ideals does it affirm?" Ilichev, 1962 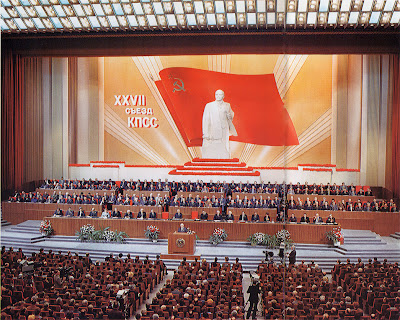 
(Everything was forever, until it was no more)
Pubblicato da giacomo conserva a 05:19 Nessun commento: