CYBERWAR ON THE MOVE EVERYWHERE
BEWARE!

DESTROYED ON THE LATHE OF HEAVEN


Those whom Heaven helps we call the Sons of Heaven. Those who would by learning attain to this seek for what they cannot learn. Those who would by effort attain to this, attempt what effort can never effect. Those who aim by reasoning to reach it reason where reasoning has no place. To know to stop where they cannot arrive by means of knowledge is the highest attainment.
Those who cannot do this will be destroyed on the lathe of Heaven.
[Chuang-Tzu, XXIII, 7] 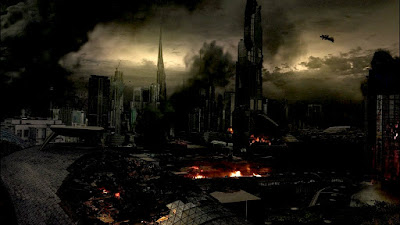 
Starlight asked Non-entity, saying, 'Master, do you exist? or do you not exist?' He got no answer to his question, however, and looked stedfastly to the appearance of the other, which was that of a deep void. All day long he looked to it, but could see nothing; he listened for it, but could hear nothing; he clutched at it, but got hold of nothing. Starlight then said, 'Perfect! Who can attain to this? I can (conceive the ideas of) existence and non-existence, but I cannot (conceive the ideas of) non-existing non-existence, and still there be a nonexisting existence. How is it possible to reach to this?' 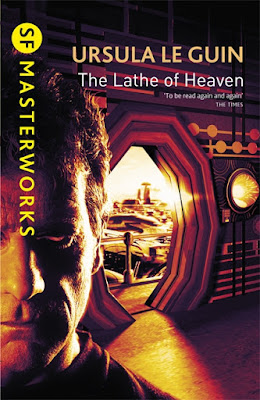 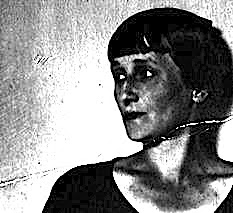 And all this will become in time
Like the age of Vespasian,
And this was nothing but a wound
And a little cloud of pain.
1964  (tr. Peter Franco)


This is one of her last poems; I don't think beauty can redeem suffering- but perhaps it may help keep the wound (and the rage, and the desire) open. Which is a basis later, maybe, for the edification of something new. Sometimes it works this way. Great poetry works this way. GC  (It may be that her suffering was redeemed the day the red flag was taken off from the Kremlin). 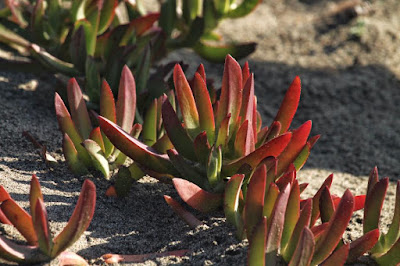 Lincoln Chafee
FORMER RHODE ISLAND GOVERNOR
“Can anyone imagine Chafee as president? No way.”
Hillary Clinton
FORMER SECRETARY OF STATE
“Just can't read speeches!”“100% CONTROLLED”“the trade deal is a disaster, she was always for it!”“her record is so bad”“she looked lost”“totally incompetent as a manager and leader”“no strength or stamina”“corruption is what she's best at”“weak”“SHE HAS NO STRENGTH OR STAMINA”“afraid of Obama & the emails”“won't call out radical Islam”“will be soundly defeated”“does not have the STRENGTH or STAMINA to be President”“weak and ineffective”“no strength, no stamina”“disloyal person”“lied”“We need a #POTUS with great strength & stamina. Hillary does not have that.”“LIED at the debate last night”“SAD!”“pathetic”“stupidity”“totally flawed candidate”“lied last week”“such bad judgement”“a major national security risk”“not presidential material”“has been involved in corruption for most of her professional life!”“Who should star in a reboot of Liar Liar- Hillary Clinton or Ted Cruz? Let me know.”“incompetent”“unqualified to be president”“Crooked”“Crooked”“perhaps the most dishonest person to have ever run for the presidency”“one of the all time great enablers!”“Crooked”“Crooked”“said she is used to “dealing with men who get off the reservation.” Actually, she has done poorly with such men!”“Crooked”“ZERO leadership ability”“bad judgement”“Constantly playing the women's card - it is sad!”“corrupt”“Crooked”“Crooked”“Crooked”“Crooked”“Crooked”“pushing the false narrative that I want to raise taxes”“Crooked”“has bad judgment!”“Crooked”“Crooked”“Crooked”“can't close the deal on Crazy Bernie”“Crooked”“Liar!”“Crooked”“Can't believe she would misrepresent the facts!”“Crooked”“Crooked”“can't close the deal with Bernie Sanders”……


"Located some 400 km (250 mi) north of
Baghdad, the original city of Mosul stands
on the west bank of the Tigris River,
opposite the ancient Assyrian city of
Niniveh on the  east bank…"

(He slits the wombs of pregnant women
he  blinds the infants
he cuts the throats of their strong ones.) 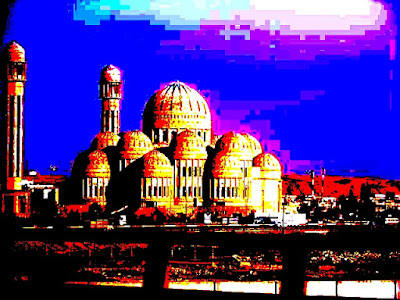 Literally the only positive thing about Hillary Clinton is that she's not Donald Trump. Everything that's said about her being a corrupt sycophant embedded with power is 100% true, but a majority of Democratic primary voters were blinded into believing that's not the case by a rigged primary election and incredibly biased media. Enjoy more of this over the next four years America.

[These are the stories that the Dogs tell when the
fires burn high and the wind is from the north.
Then each family circle gathers at the hearthstone
and the pups sit silently and listen and when
the story's done they ask many questions:
"What is Man?" they'll ask.
Or perhaps: "What is a city?"
Or "What is a war?" ]

And the crowds have gotten more protective of their hero (it's D.Trump who is the working class hero, mistake me not- no irony on my side) 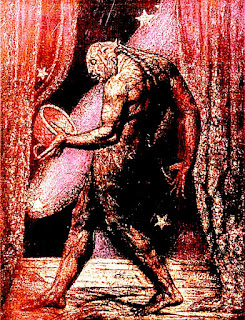 And the crowds have gotten more protective of their hero. One woman at a rally in Cincinnati, Ohio, on Thursday wore a homemade T-shirt that said "Trump Can Grab My," with an arrow pointing to her crotch. 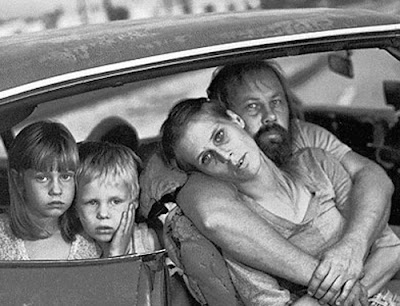 Personally I'd have accepted with joy and gratitude a Nobel prize to Lou Reed or David Bowie or PKDick or Koji Suzuki et sim. Giving today a prize to Bob Dylan is only playing (with much false consciousness) with and about a far far away past of noble feelings and battles and rallying cries which the very movement of history has all but entirely deprived of meaning. 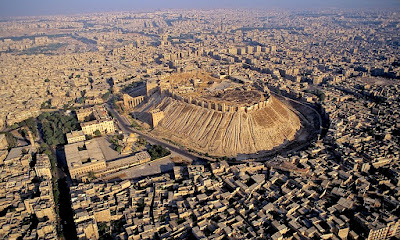 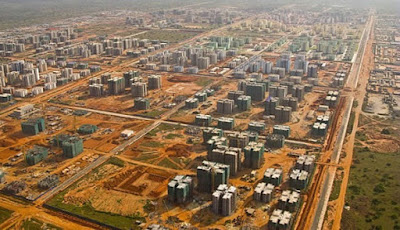 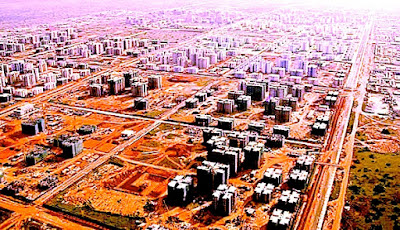 LUI/ LEI, IL MIO AMORE
[A DIALECTICS ON ONE SIDE, A GALACTICS ON THE OTHER]

Revenge was an Eurythmics song

Auden, The shield of Achilles:
They died as men before their body died-

The Shield of Achilles
by WH Auden
She looked over his shoulder
For vines and olive trees,
Marble well-governed cities
And ships upon untamed seas,
But there on the shining metal
His hands had put instead
An artificial wilderness
And a sky like lead.
A plain without a feature, bare and brown,
No blade of grass, no sign of neighborhood,
Nothing to eat and nowhere to sit down,
Yet, congregated on its blankness, stood
An unintelligible multitude,
A million eyes, a million boots in line,
Without expression, waiting for a sign.
Out of the air a voice without a face
Proved by statistics that some cause was just
In tones as dry and level as the place:
No one was cheered and nothing was discussed;
Column by column in a cloud of dust
They marched away enduring a belief
Whose logic brought them, somewhere else, to grief.
She looked over his shoulder
For ritual pieties,
White flower-garlanded heifers,
Libation and sacrifice,
But there on the shining metal
Where the altar should have been,
She saw by his flickering forge-light
Quite another scene.
Barbed wire enclosed an arbitrary spot
Where bored officials lounged (one cracked a joke)
And sentries sweated for the day was hot:
A crowd of ordinary decent folk
Watched from without and neither moved nor spoke
As three pale figures were led forth and bound
To three posts driven upright in the ground.
The mass and majesty of this world, all
That carries weight and always weighs the same
Lay in the hands of others; they were small
And could not hope for help and no help came:
What their foes liked to do was done, their shame
Was all the worst could wish; they lost their pride
And died as men before their bodies died.
She looked over his shoulder
For athletes at their games,
Men and women in a dance
Moving their sweet limbs
Quick, quick, to music,
But there on the shining shield
His hands had set no dancing-floor
But a weed-choked field.
A ragged urchin, aimless and alone,
Loitered about that vacancy; a bird
Flew up to safety from his well-aimed stone:
That girls are raped, that two boys knife a third,
Were axioms to him, who’d never heard
Of any world where promises were kept,
Or one could weep because another wept.
The thin-lipped armorer,
Hephaestos, hobbled away,
Thetis of the shining breasts
Cried out in dismay
At what the god had wrought
To please her son, the strong
Iron-hearted man-slaying Achilles
Who would not live long.
(1937)

Erdogan seems to have won: TRIUMPH 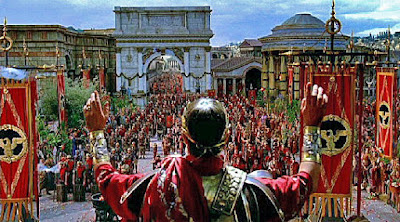 Erdogan seems to have won. Hitler too had been, like him, democratically elected, and carried away hugely a somewhat less democratic referendum.

Let Erdogan triumph, as long as he can. 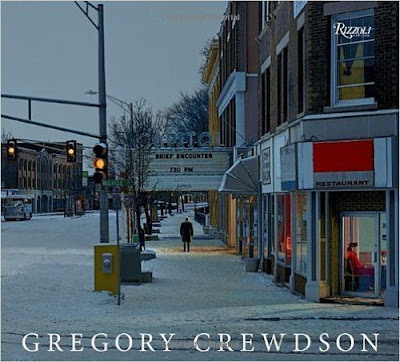 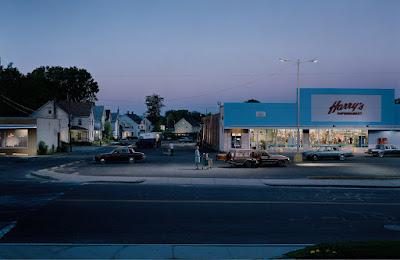 The thick drooping clouds, the ceaseless rain, the grass where the insects slept, the whole ash-gray Base, the wet runway reflecting the Base, and the air moving like waves—all were controlled by the jet spouting its enormous flames.
It started down the runway slowly. The earth shook. The huge silvery metal gradually picked up speed. Its high-pitched whine seared the air. Close in front of us, four enormous tube-shaped engines spouted blue flame. The stench of heavy oil and the violent blast of air blew me off my feet.
My face distorted, I hit the ground. My clouded eyes tried desperately to see. As I was thinking the white belly of the plane had just floated off the ground, before I knew it, it was sucked toward the clouds.
Lilly was looking at me. There was white froth between her teeth, and a trickle of blood as if she'd bitten the inside of her mouth.
Hey, Ryū, what about the city?
The plane came to rest in the middle of the sky.
It seemed to have stopped, a toy hanging by a wire from the ceiling of a department store. I thought we were the ones moving away with tremendous force. I thought the earth spreading away from our feet and the grass and the runway had all plunged downward.
Hey, Ryū, what about the city? Lilly asked, lying sprawled on her back on the runway.
She took lipstick from her pocket, tore off her clothes and smeared it on her body, laughingly drawing red lines on her belly, chest, neck.
I realized that my head was full of nothing but the stench of heavy oil. There was nothing like a city anywhere.
Lilly drew a design on her face with lipstick, becoming one of the African women who dance crazily at festivals.
Hey, Ryū, kill me. Something's weird, Ryū, I want you to kill me, Lilly called, tears in her eyes. I threw myself off the runway. My body was clawed by the wire. The barbs bit into the flesh of my shoulder. I thought I wanted a hole opened in me. I wanted to be free of the oil stench, that was all I thought. Concentrating on that I forgot where I was. Groveling on the ground, Lilly called to me. Her legs flung out, naked, bound redly to the ground, she kept saying, Kill me! I went close to her. Her body shaking violently, she sobbed aloud.
Kill me quick, kill me quick! I touched her red-striped neck.
Then one side of the sky lit up.
For an instant the blue-white flash made everything transparent. Lilly's body and my arms and the Base and the mountains and the cloudy sky were transparent. And then I discovered a single curved line running through the transparency there. It had a shape I'd never seen before, a white curving, a white curving that made splendid arcs.
Ryū, you know you're a baby? You're just a baby after all.
I took my hand from Lilly's neck, and scooped the white froth from her mouth with my tongue. She took off my clothes and embraced me.
Oil flowing from somewhere separated around our bodies; it was colored like a rainbow.