Italy, my country, invented and presented the world with the word "fascismo". But "antifascismo" as well.

I remember Susie Smart and her million stars

"Let me sleep," he said, and shut the door; it clicked in her face and she felt animal
terror--this was what she feared most in life: the clicking shut of a man's door in her face.
Instantly, she raised her hand to knock, discovered the rock... she banged on the door with
the rock, but not loudly, just enough to let him know how desperate she was to get back in,
but not enough to bother him if he didn't want to answer.
He didn't. No sound, no movement of the door. Nothing but the void.
"Tony?" she gasped, pressing her ear to the door. Silence. "Okay," she said numbly;
clutching her rock she walked unsteadily across the porch toward her own living quarters.
The rock vanished. Her hand felt nothing.
"Damn," she said, not knowing how to react. Where had it gone? Into air. But then it
must have been an illusion, she realized. He put me in a hypnotic state and made me
believe. I should have known it wasn't really true.
A million stars burst into wheels of light, blistering, cold light, that drenched her. It
came from behind and she felt the great weight of it crash into her. "Tony," she said, and
fell into the waiting void. She thought nothing; she felt nothing. She saw only, saw the void
as it absorbed her, waiting below and beneath her as she plummeted down the many
miles.
On her hands and knees she died. Alone on the porch. Still clutching for what did not
exist. 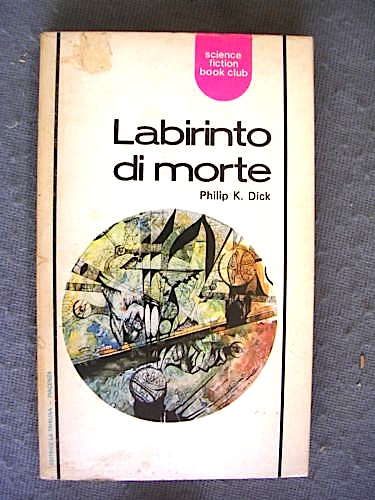