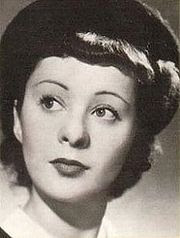 Despite his personal proximity to Georges Bataille, Jacques Lacan makes very few direct references to his work. Indeed, the only mention of Bataille’s name in the 878 pages of the Écrits is in a footnote to “On a Question Prior to Any Possible Treatment of Psychosis.”1 This article declares that Daniel Schreber, the prototypical psychotic, was exposed to inner experience by his insight that “God is a whore.”2 Lacan affirms that his mention of inner experience is an allusion to Bataille, and refers the reader to Inner Experience, which he calls Bataille’s central work; and to Madame Edwarda, in which “he describes the odd extremity of this experience.”3
.....
“On a Question Prior to Any Possible Treatment of Psychosis” was written in 1958 and generated by a seminarLacan gave in 1955-1956.4 He had known Bataille for twenty years, having been a participant in Bataille’s Acéphale group.5 Lacan was also the companion of Sylvia Bataille (née Maklès), Bataille’s first wife, following
their separation in 1934; Lacan married her in 1953.6 Sylvia remained close to Bataille for the rest of her lifefollowing their separation and divorce. Moreover, Lacan raised Laurence, Bataille’s daughter, because her birthparents separated when she was four years old.7 The 1950s was a period of close contact between the two men; Lacan contributed some of the research for Erotism, published in 1957.8
Aside from this close biographical link and Lacan’s explicit invocation of Bataille in his consideration of psychosis, Slavoj Zizek has argued for another point of proximity between their thought, a link that he finds dangerous and aims to overcome. In Zizek’s view, it is in Seminar VII that Lacan is closest to Bataille in his formulation of transgressive jouissance.9 This is an influence that Zizek believes that Lacan subsequently escapes.
....
1. Écrits: The First Complete Edition in English, trans. Bruce Fink et. al., New York: W.W. Norton, 2006, 488.
2. Lacan, Écrits, 485.
3. Ecrits 2, nouvelle édition, Paris: Seuil, 1999, 61. Fink deletes the phrase about Inner Experience’s centrality in his translation: Lacan, Êcrits, 488.
4. Published as Le Séminaire, livre III: Les psychoses, texte établi par Jacques-Alain Miller, Paris: Seuil, 1981; trans. Russell Grigg
as The Seminar of Jacques Lacan: Book III: The Psychoses 1955-1956, New York: Norton, 1993.
5. Acéphale was a secret society that practiced rituals intended to restore an experience of the sacred to the modern world.
See Surya, Michel, Georges Bataille: An Intellectual Biography, trans. Krzystztof Fijalkowski and Michael Richardson, London:
Verso, 2002, 252. See also Roudinesco, Elisabeth, Jacques Lacan, chapter 12, “Georges Bataille and Co.,” trans. Barbara Bray, New York: Columbia University Press, 1997, 121-139.
6. Surya, Georges Bataille, 534.
7. Roudinesco, Jacques Lacan, 125, 187.
8. See Erotism: Death and Sensuality, trans. Mary Dalwood, San Francisco: City Lights Books, 1986, 9.
9. Zizek, Slavoj, The Parallax View, Cambridge: MIT Press, 2006, 94-95. Lacan brought the transcript of this seminar to his
stepdaughter Laurence, Bataille’s biological daughter, when she was held in the Prison de la Roquette for her activities on behalf of the Algerian Front de libération nationale. See Roudinesco, Jacques Lacan, 187.
....
see
http://www.parrhesiajournal.org/parrhesia09/parrhesia09_ryder.pdf [PARRHESIA NUMBER 9 • 2010 • 94-108: the whole essay is on-line]
Pubblicato da giacomo conserva a 22:40