L'écriture di cui ha scritto e parlato Derrida ha strette parentele con le trasformazioni del corpo e della mente, e dell'insieme delle relazioni. Non è (solo) questione di stati alterati di coscienza, che pure vengono prodotti (o stanno alla base)- ma è proprio una trasformazione fattuale che viene prodotta con questo agencement (e in questa concatenazione). Perchè in fondo l'identità del soggetto (anche la mia, certo) è molteplice e instabile, aperta in mille direzioni, per sempre.
The écriture Derrida wrote and spoke of has a narrow relationship with the transformations of the body and of the mind and of the conglomerate of relationships. It is not (just) a question of altered states of consciousness- (which are anyway evoked -or are at the base); - but it is properly a factual transformation which is produced with this agencement (and in this concatenation). Because in fact the identity of a subject (mine too, of course) is multiple and unstable, and opened up into a thousand directions, forever. 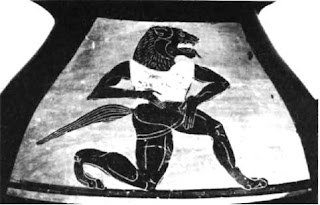 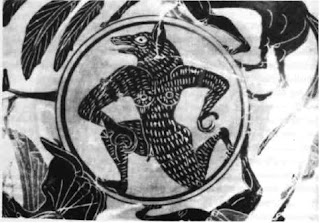 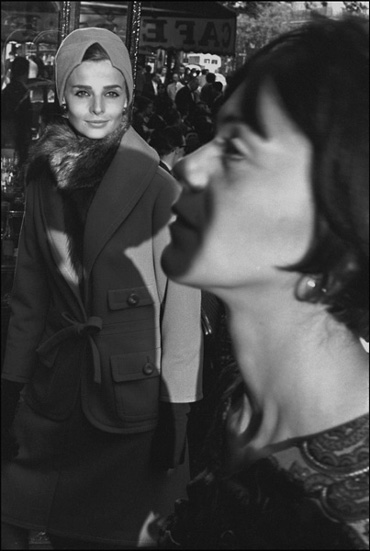 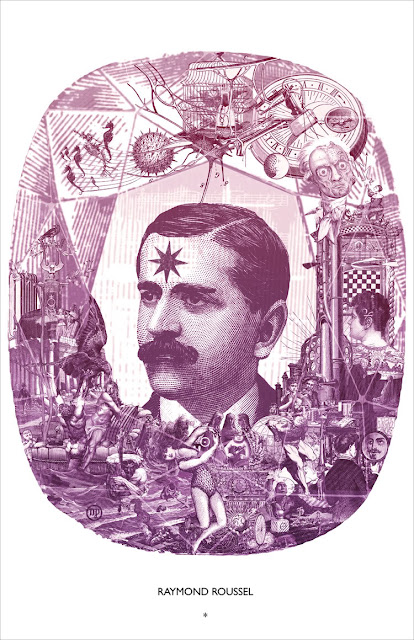 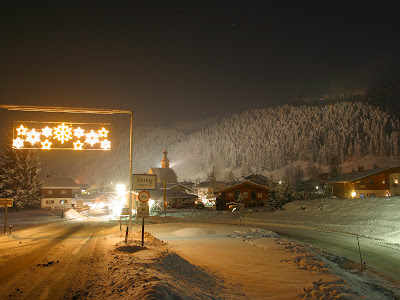 
[Despite the great fame and notoriety he enjoyed during the sixties and seventies, the last decade of Laing's life was exceedingly turbulent. In 1980, his close friend and confidante Hugh Crawford died, and in 1981, he stepped down from his role as Chair of the Philadelphia Association. That same year, his marriage to Jutta Werner began to unravel, and his various efforts to start a new charitable foundation, St. Oran's Trust, beginning in 1982, came to naught in 1984. His last book, a memoir entitled Wisdom, Madness & Folly: The Making of a Psychiatrist, published in 1985, sold poorly, and after lengthy deliberations, the General Medical Council of Great Britain withdrew his license to practice medicine in March of 1987. At that point, Laing and his companion, Marguerita Romayn-Kendon, decided that a change of scene would be profitable for them both, and they left for extensive travels abroad. Their son Charles was born on January 6th of 1988 in San Francisco, and they settled in the Austrian Tyrol in June of that year.
Theodor Itten is a psychotherapist in St. Gallen, Switzerland, who studied with Laing at the Philadelphia during the 1970's, and founded the Villa Therapeutica: R. D. Laing Institute in his memory. In the following piece, Itten remembers various episodes and exchanges from the last three years of Laing's life, before his untimely death on August 23, 1989. D.B.]
This is a short account of Ronnie Laing's Austrian sojourn, based on my visit to his home in Going, Austria, on the Pentecost-Weekend, May 13-15, 1989, and of telephone conversations and exerpts from correspondence spanning the last few years of Ronnie Laing's life. Laing's last trip to Switzerland was to visit our newly built house in Rehetobel, an ancient farmer's village near St. Gallen, at the end of July 1986. He came from Scotland with Marguerita, where they were on holiday with Ronnie's kin. We spent three glorious days together, filled with longish walks and animated conversation, in which we expressed and explored our views of living together, of respectful behavior towards others, and our deepest convictions about life, culminating in a congenial discussion around the kitchen table. Ronnie talked at length about the dizzying itinerary on which Marguerita and he were about to embark: St.Gallen, Zürich, London, Rhinebeck (NY), Athens, Crete, Amsterdam, Antwerp, Brussels, New York City, Philadelphia, Paris, Rome, Bologne, Milan, and finally, Melbourne. Did I know that Jutta and he were finally heading for divorce, and selling their beautiful home on Eaton Road in Belsize Park, London? "Yes," I replied, "I heard it from Fritjof Capra, who visited us, after a lecture he gave at St.Gallen University in June."
Before he left for Zürich, Ronnie showed me his sketch for a new journal entitled Shaman: An Internationally Networked Institute for Shamanic Research and Therapy, asking my opinion. Ronnie was to be responsible for "Therapy," while Brian Bates would take care of "Research." Their stated purpose was: To offer integrated courses in European shamanic tradition, its history, themes, teachings. Implications of the shaman. s vision for emerging paradigms. Approaches to research and therapy inspired by the shamanic way of being. Advanced training courses in therapy and research. Then a "cheerio" and a Shaman's hug, as he and Marguerita entered the bus, which brought them safely to St. Gallen, where they took the train to Zürich.
Around midnight on Friday, the 9th of October, 1986, while in New York, he wrote: "Congratulations and blessings all round on the birth of Raphael Grisha. A hug to Heidemarie." Raphael is our third son, born a few days after Ronnie left us. His forthcoming birth was another topic of animated conversation some three months before, as Ronnie was an enthusiastic advocate of Natural Childbirth, having made a film and a speaking tour on that subject. Since his brief tenure as a general practitioner in a Scottish village, where he sometimes delivered babies, he was fascinated with embryology, an interest that persisted over the years, and resurfaced in The Facts of Life (1976), and The Voice of Experience (1982). Ronnie continued his midnight musings:

Love from Marguerita and Charles and meTo you Heidemarie, Dimitrij, Anatol and Raphael,
Ronnie.

Since this stuff is too algebraic for most people to follow, much less translate into the language of lived experience, Ronnie regularly resorted to real-life vignettes, selections from the fictional works of de Beauvoir and Sartre, the plays of Aristophanes, classical mythology and the occasional case history to illustrate what goes on between people. I was spellbound.Unfortunately, at the time, there was no way to make a photocopy of the manuscript. But ten years later, in the summer of 1999, I consulted the Laing-Archive at Glasgow University Special Collections Department, Hillhead Street, just a few hundred meters away from Ruskin Place, where Ronnie and his first wife, Ann, lived with their five Children from 1955-56. There I found Version 8, 1988, titled: Lies of Love and Love of Lies.(4) Ronnie's opening inscription was the famous lyric from the song "It's A Sin to Tell a Lie" by the immortal Hoagie Carmichael:

At the end of June, I sent Ronnie my first revision of our proposal, and he replied with a longish letter on August 1st:Dear Theo,

Ronnie6I answered this detailed outline, with a proposed date to meet for face discussions. But late at night, on the 23rd of August 1989, I came home from choir practice, having just rehearsed "The Song of the Sun," by St. Francis of Assisi. There were candles lit all around our house. Heidemarie placed them there, after Francis Huxley had called in my absence, saying: "Terrible news, Ronnie is dead." After conversations with Francis Huxley, Jutta Laing and Adrian Laing, we retired with streaming eyes and aching hearts.
The following day, the St. Galler Tagblatt asked me for an obituary, which I provided in the form of a telephone interview with the news editor, Eleonore Baumberger. She created the following headline on page two: "It Does Not Disturb Me, To Be a Human Being."7 There, I noted that, contrary to popular belief, Ronnie Laing was no utopian, and did not have a ready made formula for a better society. The principal thing for him was love, and to live together, acknowledging and accepting our inner demons, and those of others. What disturbed him was that we live in a society which makes living in this mode of love and acceptance very difficult. Laing knew how psychiatrists frequently fear a stark, authentic encounter with the confusion and inner turmoil of their patients. A genuine therapy always touches one's own soul.Ronnie Laing once dreamt of a football match where, as he put it, "I am both sides." It only ends when "the game turns into a dance."8
Endnotes
1. Festschrift for R.D.Laing's 60th Birthday, 7.10. 1987
R.D.Laing: So What ?
1. Poet - Psychiatrist, Psychiatrist - Poet    Martin Esslin
2. I am remembering an earlier self . . .    Susan Griffin
3. Experiencing R.D.Laing    Fritjof Capra
4. Variation on my Theme    R. D. Laing
5. I had a dream of Therapy    Theodor Itten
6. Across an Abyss    Douglas Kirsner
7. Appearance and Liberation     Andrew Collier
8. Journeys     Ross V. Speck
9. Nature is not a Paradigm     Morris Berman
10. On the production of Subjectivity     Felix Guattari
11. Daseinsanalytic Dream Interpretation     Gion Condrau
12. In Search of True Psychiatry     David Goldblatt
13. Conversation with Ronald Laing     Heidemarie Krolak
Marguerita Romayn-Kendon, Theodor Itten
2 Francis Huxley, Where the Map is the Territory, in: Theoria to Theory, 1974, Vol.8, pp.289-301.
3 SCDGU-R.D.Laing Collection, Call No. K 35 - Patmos Meditations 1968, Book 2, No.1
4 Special Collections Department - Glasgow University Library (SCDGU), R.D.Laing Collection, Call No. A 326 - Lies of Love and Love of Lies, Version 8/1988
5 Theodor Itten - Traumtod : Todesträume; in : Neues vom Tod, Hrsg. Adolf Holl, Ueberreuter-Sachbuch, Wien 1990, pp.127-148.
6 Letters - R.D.Laing to Theodor Itten, in: R. D. Laing: Creative Destroyer, Ed. Bob Mullan, Cassell - London, 1997, pp.172-177.
7 "Es stört mich nicht ein Mensch zu sein" - Zum Tode von R.D.Laing. Interview mit einem Freund & Berufskollegen, Theodor Itten, von R.D.Laing. St.Galler Tagblatt, 25.8. 1989, p. 2
Interview with Eleanore Baumberger. - Reprint in:PMS-Aktuell 3/1989, p.41. CH-Weinfelden.
8 SCDGU-R.D.Laing Collection, Call No.K23, Dreams - Sept. '63-July '65.
I wish to thank Noel Cobb for his gentle and clear editorial help, as always remembering: Beatitudo ultima finis vitae humanae est. T.I.
[Editor's Note: A year after Laing's death, Theodor Itten learned of my forthcoming book, which was eventually titled The Wing of Madness: The Life and Work of R.D. Laing. He tried to get my help in engaging a publisher to place Laing's Festschrift, and despite my enthusiasm, I was unable to do so. Fortunately, much of the material in the Festschrift appeared later in R.D. Laing: Creative Destroyer, edited by Bob Mullan. Theodor Itten and Noel Cobb are currently trying to resurrect The Politics of Truth. D.B.]
References
Burston, D. (1996). The Wing of Madness: The Life and Work of R.D.Laing. Cambridge: Harvard University Press.
Collier, A. (1977). R.D. Laing: The Philosophy and Politics of Psychotherapy. New York: Pantheon.
Laing, R.D. (1960). The Divided Self. London, Tavistock Publications.
Laing. R.D. & Esterson, A. (1964). Sanity, Madness & The Family. London: Tavistock Publications.
Laing, R.D., Phillipson, H. & Lee. R. (1966). Interpersonal Perception: A Theory and Method Research. London: Tavistock Publications.
Laing, R. D. (1967). The Politics of Experience and the Bird of Paradise. New York: Pantheon.
Laing, R.D. (1969). The Politics of Experience. Toronto: CBC Publications.
Laing, R.D. (1976). The Facts of Life. New York: Pantheon.
Laing, R. D. (1982). The Voice of Experience. New York: Pantheon.
Laing, R.D. (1985). Wisdom, Madness and Folly: The Making of A Psychiatrist. New York: McGraw Hill.
Laing, R.D. (1987). Laing's Understanding of Interpersonal Experience. In Richard Gregory (ed.), The Oxford Companion to the Mind. New York: Oxford University Press.
Moody, I. (1988). Life after Life. New York: Bantham.
Mullan, B. (1995). Mad to Be Normal: Conversations with R.D.Laing. London: Free Association Books.
Mullan, B. (1997). R. D. Laing: Creative Destroyer. London: Cassell.
Sheldrake, R. (1981). A New Science of Life. London: Blond and Briggs.
Sheldrake, R. (1990). The Rebirth of Nature. London: Century.