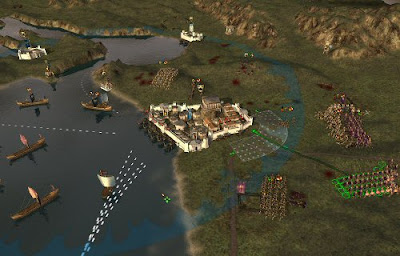 Any substantial change in the ontic content of a field of research leads also to a new ontological paradigm. Althusser used to say that behind Plato's philosophy, there was Greek mathematics; behind seventeenth-century rationalism, Galilean physics; and behind Kant's philosophy, Newtonian theory. To put the argument in a transcendental fashion: the strictly ontological question asks how entities have to be, so that the objectivity of a particular field is possible. There is a process of mutual feedback between the incorporation of new fields of objects and the general ontological categories governing, at a certain time, what is thinkable within the general field of objectivity. The ontology implicit in Freudianism, for instance, is different and incompatible with a biologist paradigm.
From this point of view, it is our conviction that in the transition from Marxism to post-Marxism, the change is not only ontic but also ontological. The problems of a globalized and information-ruled society are unthinkable within the two ontological paradigms governing the field of Marxist discursivity: first the Hegelian, and later the naturalistic.
Our approach is grounded in privileging the moment of political articulation, and the central category of political analysis is, in our view, hegemony. In that case, how - to repeat our transcendental question - does a relation between entities have to be, for a hegemonic relation to become possible? Its very condition is that a particular social force assumes the representation of a totality that is radically incommensurable with it. Such a form of 'hegemonic universality' is the only one that a political community can reach. From this point of view, our analysis should be differentiated from analyses in which universality finds in the social field a direct, non-hegemonically mediated expression, and those in which particularities are merely added up without any mediation between them being thinkable - as in some forms of post-modernism. But if a relation of hegemonic representation is to be possible, its ontological status has to be defined. This is the point at which, for our analysis, a notion of the social conceived as a discursive space - that is, making possible relations of representation strictly unthinkable within a physicalist or naturalistic paradigm - becomes of paramount importance. In other works, we have shown that the category of 'discourse' has a pedigree in contemporary thought going back to the three main intellectual currents of the twentieth century: analytical philosophy, phenomenology, and structuralism. In these three the century started with an illusion of immediacy, of a non-discursively mediated access to the things themselves - the referent, the phenomenon and the sign, respectively. In all three, however, this illusion of immediacy dissolved at some point, and had to be replaced by one form or another of discursive mediation. This is what happened in analytical philosophy with the work of the later Wittgenstein, in phenomenology with the existential analytic of Heidegger, and in structuralism with the post-structuralist critique of the sign. It is also, in our view, what happened in epistemology with the transition verificationism - Popper - Kuhn - Feyerabend, and in Marxism with the work of Grarnsci, where the fullness of class identities of classical Marxism has to be replaced by hegemonic identities constituted through non-dialectical mediations.
All these currents have fed our thought to some extent, but poststructuralism is the terrain where we have found the main source of our theoretical reflection and, within the post-structuralist field, deconstruction and Lacanian theory have had a decisive importance in the formulation of our approach to hegemony. From deconstruction, the notion of undecidability has been crucial. If, as shown in the work of Derrida, undecidables permeate the field which had previously been seen as governed by structural determination, one can see hegemony as a theory of the decision taken in an undecidable terrain. Deeper levels of contingency require hegemonic - that is, contingent - articulations, which is another way of saying that the moment of reactivation means nothing other than retrieving an act of political institution that finds its source and motivation nowhere but in itself. For not unrelated reasons, Lacanian theory contributes decisive tools to the formulation of a theory of hegemony. Thus, the category of point de capiton (nodal point, in our terminology) or master-signifier involves the notion of a particular element assuming a 'universal' structuring function within a certain discursive field - actually, whatever organization that field has is only the result of that function - without the particularity of the element per se predetermining such a function. In a similar way, the notion of the subject before subjectivation establishes the centrality of the category of 'identification' and makes it possible, in that sense, to think of hegemonic transitions which are fully dependent on political articulations and not on entities constituted outside the political field - such as 'class interests'. Indeed, politico-hegemonic articulations retroactively create the interests they claim to represent.
Ernesto Laclau and Chantal Mouffe, "Hegemony and socialist strategy", Verso 2001 (second ed.), pp x-xi.
http://en.wikipedia.org/wiki/Hegemony_and_Socialist_Strategy 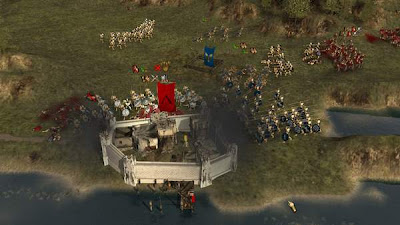