pre-print: "Goffman's Self-Ethnographies", by Dmitri Shalin [the death of Sky Schluyer- April 27, 1964; and 'The Insanity of Place']

I wish I hadn't known/
vorrei non aver saputo
"too much sorrow, too much pain"
GC

until tomorrow
feel so fine
is that another time


Johnny had a gentle voice,
moved  a gentle body;
went to fight in a great war,
never to be returning.

and all the girls cried:
“Step on lightly Johnny.
The beauty you wore won’t disappear,”
Johnnie, Johnnie.

saw a movement in the night,
had a crimson color;
Johnny whispers at my back:
“Don’t fade with the morning”.

for f., on history [at the beginning of Löwiths book]

Thus the world is like an oilpress: under pressure. If you are the dregs of the oil you are carried away through the sewer; if you are genuine oil you will remain in the vessel. But to be under pressure is inevitable. Observe the dregs, observe the oil. Pressure takes place ever in the world, as for instance, through famine, war, want, inflation, indigence, mortality, rape, avarice; such are the pressures on the poor, the worries of the states: we have evidence of them. …We have found men who grumble under these pressures and who say: “how bad are these Christian times!” …Thus speak the dregs of the oil which run away through the sewer; their color is black because they blaspheme: they lack splendor. The oil has splendor. For here another sort of man is under the same pressure and friction which polishes him, for is it not the very friction which refines him?

much, much earlier:
the metropolitan
experience

DOORMATS seeks to unfold creative perspectives on what the political can be today: from critical appraisals of economic injustices to experimental research and projects on public life, the series aims for new political subjectivity.
DOORMATS supports experimental writing, rants and poetics, reflections and commentary by international voices: to support the need for a contemporary discourse always already mobile and connective, diffuse but no less concrete.
-
Skizo-Mails
by Franco Berardi Bifo
ISBN: 978-0-9827439-6-6
Doormats #1 / Errant Bodies Press

These are messages from a traveler.
I have been writing these texts during the last ten years, flying from London to Mazunte, from Beirut to Barcelona. I’ve been trying to map the becoming of the world in the age of capitalist agony, that so far seems to be the agony of the world itself, of the human race itself.
Trying to run at the speed of the frantic dynamic of the apocalypse.
Hypocalipse maybe. Revelation from below.
What invention will be able to call humans out of the abyss? Who will be able to gather thoughts and emotions and solidarity?
Since long I had the premonition of the collapse that now is well perceived by everyone who has eyes to see, ears to hear, and brains for understanding.
I wrote in many ways: curses, proclamations, narrations, legends, metaphors, philosophical delirium.
Impossible any order except a chronological succession.

Skizo-Mails is the first issue of the new book series Doormats published by Errant Bodies Press. The series aims at contributing to the now, addressing issues that are present and that demand presence.

Franco Berardi Bifo is a philosopher, cultural theorist and political and media activist. Berardi was a key figure in Italy's first free radio station (Radio Alice) and the magazine A/traverso which he founded in 1975. Like many others involved with the Autonomia movement in Italy in the 1970s, Berardi fled to Paris, where he worked with Felix Guattari in the field of schizoanalysis. During the 1980s he contributed to Semiotexte (NY), Chimeree (Paris), Metropoli (Rome) and Musica 80 (Milan). In the 1990s he published Mutazione e Cyberpunk (Genoa, 1993), and more recently: Felix (London, 2008) The Soul at Work (Semiotexte, 2010) After the Future (AK Press, 2011). 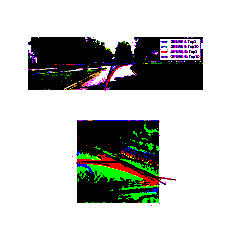 What I call "giving ground relative to one's desire" is always accompanied in the destiny of the subject by some betrayal - you will observe it in every case and should note its importance. Either the subject betrays his own way, betrays himself, and the result is significant for him, or, more simply, he tolerates the fact that someone with whom he has more or less vowed to do something betrays his hope and doesn't do for him what their pact entailed- whatever that pact may be, fated or ill-fated, risky, shortsighted, or indeed a matter of rebellion or flight, it doesn't matter.
Something is played out in betrayal if one tolerates it, if driven by the idea of the good - and by that I mean the good of the one who has just committed the act of betrayal - one gives ground to the point of giving up one's own claims and says to oneself, "Well, if that's how things are, we should abandon our position; neither of us is worth that much, and especially me, so we should just return to the common path." You can be sure that what you find there is the structure of giving ground relative to one's desire. Once one has crossed that boundary where I combined in a single term contempt for the other and for oneself, there is no way back.
It might be possible to do some repair work, but not to undo it. Isn't that a fact of experience that demonstrates how psychoanalysis is capable of supplying a useful compass in the field of ethical guidance?
I have, therefore, articulated three propositions.
First, the only thing one can be guilty of is giving ground relative to one's desire.
Second, the definition of a hero: someone who may be betrayed with impunity.
Third, this is something that not everyone can achieve; it constitutes  the difference between an ordinary man and a hero, and it is, therefore, more mysterious than one might think. For the ordinary man the betrayal that almost always occurs sends him back to the service of goods, but with the proviso that he will never again find that factor which restores a sense of direction to that service.
We come finally to the field of the service of goods; it exists, of course, and there is no question of denying that. But turning things around, I propose the following, and this is my fourth proposition: There is no other good than that which may serve to pay the price for access to desire - given that desire is understood here, as we have defined it elsewhere, as the metonymy of our being. The channel in which desire is located is not simply that of the modulation of the signifying chain, but that which flows beneath it as well; that is, properly speaking, what we are as well as what we are not, our being and our non-being - that which is signified in an act passes from one signifier of the chain to another beneath all the significations.

VOICE OF THE PLAY.  May 1900. Vienna. At a particularly busy intersectlon, Dora saw Mr. K. struck by a carriage. She saw him fall. It was the most horrible day of her life. !t was the happiest day of her life. She crossed the street without batting an eyelash, lifting her elegant dress with her fingertlps, slightly baring her ankles. It was only a very minor accident. On the inside, Mr. K. was going through the  tortures of the damned; but hls outward appearance was still quite striklng. He had seen Dora pass. There is no greater sorrow than the memory of love.

http://core.kmi.open.ac.uk/display/99038   [Julia Dobson, 'The theatre of the self: poetic identity in the plays of Helene Cixous and Marina Tsvetaeva', University of Nottingham, thesis, 1996- 348 pages]

My leaves have drifted from me. All. But one clings still. To remind me. Lff! So soft this morning, ours. Yes. Carry me along, taddy, like you done through the toy fair.

China's second stealth fighter made its maiden flight on Wednesday, with experts hailing this as a milestone for the country's military aviation industry, especially in design and manufacturing.  Coinciding with its provisional designation J-31 and serial number 31001, the fighter took off at 10:32 am on Wednesday and landed 11 minutes later on the runway of the Shenyang Aircraft Corporation (SAC), Liaoning Province, one witness told the Global Times. Major military news websites such as the Netease and mil.huanqiu.com immediately confirmed the maiden flight after witnesses uploaded photos and described the event on defense forums.Compared with the heavy fighter J-20, the J-31 is a middle sized fighter using Russian middle-thrust engines, although it will later be equipped with Chinese-made WS-13 engines, UK-based Combat Aircraft Monthly has reported."Just like the US F-22 and F-35 fifth-generation fighters, the J-20 and J-31 will complement each other during future operations," Bai Wei, former deputy editor of the Aviation World weekly, told the Global Times."The J-31 is almost certainly designed with the intention to have the potential of operating on aircraft carriers, judging from its enhanced double-wheel nose landing gear and two big tail wings, which help increase vertical stability," Bai said. He added the J-31 might replace or supplement China's first land-based fighter, the J-15, which was also developed by SAC.The spokesman of the Aviation Industry Corporation of China (AVIC) could not be reached for comment yesterday. But according to its official website, Lin Zuoming, president of AVIC, and Li Yuhai, its vice general manager, arrived at the SAC facility on Tuesday, inspected the aircraft development center and thanked the staff for their "important contributions."Similarly to the Chengdu J-20 stealth fighter, the Shenyang J-31 was first revealed to coincide with a visit of the US Defense Secretary in mid-September.The two stealth fighters have made China, after the US, the second country to develop two fifth-generation fighters. "China needs both heavy fighters and cheaper, smaller ones to defend its vast airspace," said Bai, adding that the J-31 might also aim for export market."It is encouraging that AVIC developed the two fighters simultaneously. There was a nine-year gap between the maiden flights of the American F-22 and F-35," he added.Bill Sweetman, editor for the US-based Aviation Week magazine, wrote on his blog that the J-31 is a JSF (F-35) without the constraints imposed by the requirements of the F-35's Short Take-Off and Vertical Landing (STOVL) variant, which effectively limited the weapon bay volume and shape of all F-35 models. "It looks as if the engines are to the rear of the bulkhead that carries the main landing gear…the designers have been able to install long weapon bays," he commented on the J-31."If you ever wondered what a JSF (F-35) might look without those constraints, we now have a live, physical example. Unfortunately…it is Chinese," Sweetman wrote.