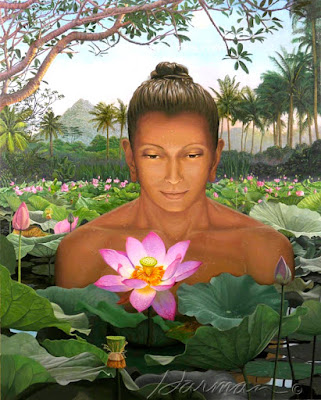 ("pick up flower, subtle smile": THE FLOWER SERMON)
Zen traces its origins back to the Buddha himself, back to his legendary ‘‘flower sermon.’’ To use Do¯gen’s words: ‘‘Once Sakyamuni Buddha, on Vulture Peak in India, in the midst of a vast assembly of beings, held up an udumbara flower and winked.’’ Buddha himself said nothing. The flower itself was the sermon. At this, a disciple named ‘‘Venerable Mahakasyapa smiled. Then Sakyamuni Buddha said, ‘I have the treasury of the true dharma eye, the inconceivable mind of nirvana. This I entrust to Mahakasyapa.’ ’’9 And so Buddha passed on his entire teaching (or dharma), in an instant, without words. Mahakasyapa had his eye opened and signaled his understanding without words, with a simple smile. This story is an icon for the Zen tradition, that Buddha’s dharma was and is passed master to disciple, wordlessly, mind to mind. For centuries Zen practitioners have presumed this founding legend was historical, but the story was coined, it seems, in medieval China, partly as a way for Ch’an to define itself and defend itself against rival Buddhist schools. The earliest known version appears only in 1036 in an encyclopedic Ch’an history.

[In India, during the time of Buddha Sakyamuni ( over 2,500 years ago), it was believed that there were five different lotus : padma (red lotus), pundarika (white lotus), nilpala (yellow lotus) , utpala (blue lotus), and the kumuda (white lotus). It is now known that only the padma and the pundarika were actual lotus, while the rest were water lilies (Nymphaea sp.)]
http://www.proz.com/kudoz/english_to_sanskrit/botany/661906-white_lotus_in_sanskrit.html


and see Joseph Campbell, THE SYMBOL WITHOUT MEANING- 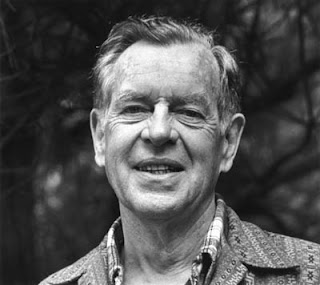